Chinese schoolchildren have outshone their peers from all other countries in a recent survey in their abilities in reading, mathematics and science.

The latest study, which was conducted among 600,000 15-year-old students, showed that students in the Chinese regions of Beijing, Shanghai, Jiangsu and Zhejiang topped the rankings, ahead of their Western counterparts.

All participants took two-hour tests in the three subjects. The four best-performing countries and regions on the list are in order, China, Singapore, Macao and Hong Kong.

The study, which was published today, also showed no improvement trend in developed countries over two decades.

The PISA survey, known as Programme for International Student Assessment in full, is carried out every three years by the Paris-based Organisation for Economic Cooperation and Development (OECD).

The latest analysis was carried out last year among its 37 member states and 42 partner countries and economies.

In reading, which the OECD considers its headline indicator of education potential, the best performing OECD state was the tiny Baltic nation of Estonia, followed by Canada, Finland and Ireland.

Angel Gurria, the OECD's secretary-general, said the students from the four Chinese provinces had 'outperformed by a large margin their peers from all of the other 78 participating education systems'. 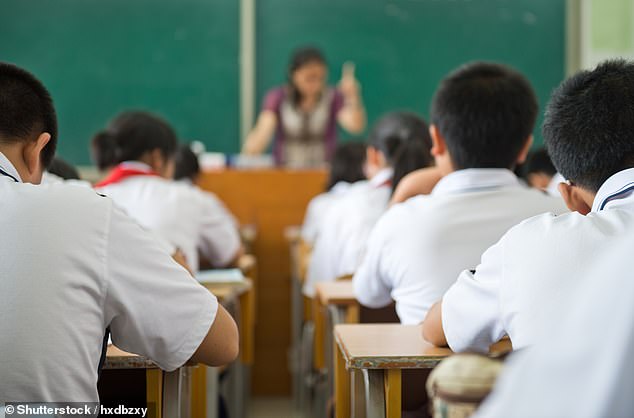 A total of 600,000 15-year-old students from 79 countries and regions were surveyed and those from China, Singapore, Macao and Hong Kong were the best-performing candidates

He cautioned that these four provinces and municipalities in northern and eastern China 'are far from representing China as a whole.'

Yet their combined populations amount to over 180 million people, and the size of each region is equivalent to a typical OECD country.

'What makes their achievement even more remarkable is that the level of income of these four Chinese regions is well below the OECD average,' Gurria said in a preface to the study.

'The quality of their schools today will feed into the strength of their economies tomorrow.' 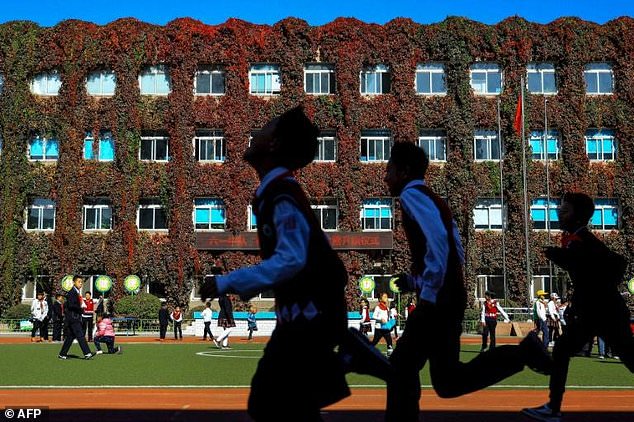 All of the Chinese students surveyed are from Beijing, Shanghai, Jiangsu and Zhejiang

But Gurria also sounded a word of caution over the Chinese system, indicating that more care needed to be taken with regards to students' well-being.

'When it comes to those social and emotional outcomes, the top-performing Chinese provinces/municipalities are among the education systems with most room for improvement,' he said.

Looking at the results of the developed OECD countries, he said it was 'disappointing' that most member states had seen 'virtually no improvement in the performance of their students' since the first PISA survey of 2000.

This outcome came despite expenditure per primary and secondary student rising by more than 15 per cent across OECD countries over the past decade.

The survey said among OECD countries, the mean performances in reading, mathematics and science remained stable from the previous survey, in 2015, though some countries outside the group had shown large differences in performance. 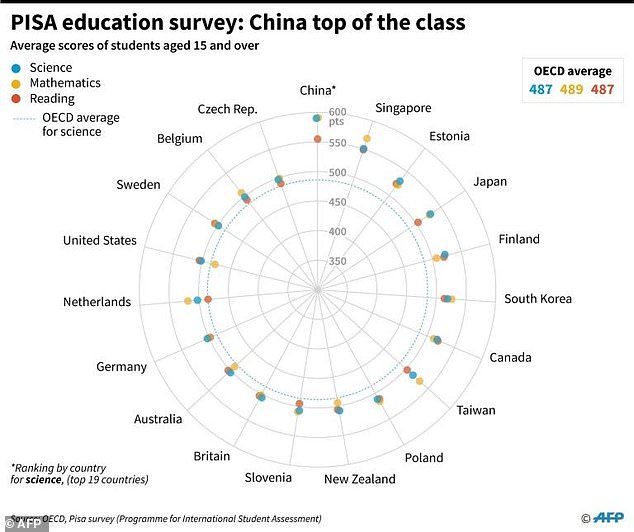 The PISA survey is carried out every three years by the Paris-based Organisation for Economic Cooperation and Development (OECD). The latest analysis was carried out last year

Albania, Estonia, the Chinese region of Macao, Peru and Poland saw improvements in two subjects over the last two decades.

The OECD praised Brazil, Indonesia, Mexico, Turkey and Uruguay for enrolling many more 15-year-olds in secondary education 'without sacrificing the quality of the education provided'.

Gurria also sounded a warning over how ready students were to deal with the challenges of modern world, where it is important not just to read but to sort good information from bad.

'Fewer than 1 in 10 students in OECD countries was able to distinguish between fact and opinion, based on implicit cues pertaining to the content or source of the information,' he said.

Gurria said that while some countries had shown that socio-economic status should not be an indicator of educational performance, 'it remains necessary for many countries to promote equity with much greater urgency.'

'Against this background, it is disappointing that in many countries a student's or school's post code remains the strongest predictor of their achievement,' he said.