World's most expensive watch sells for ............with all proceeds from the auction of the Patek Philippe donated to charity

The world's most expensive watch, a £24.2million Patek Philippe, has sold in Switzerland at a Christie's charity auction.

The Patek Philippe Grandmaster Chime, one of the most complex timepieces ever crafted, was won by a private telephone bidder at the Four Seasons Hotel des Bergues in Geneva on Saturday.

It was expected to sell for around £2million but smashed the previous record of £13.5million held by a Rolex Daytona once owned by Hollywood star Paul Newman which sold in 2017.

The watch features a patented reversible case which can be turned to show two dials, one in rose gold, the other in black ebony. 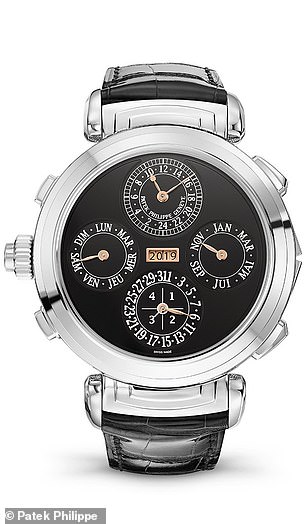 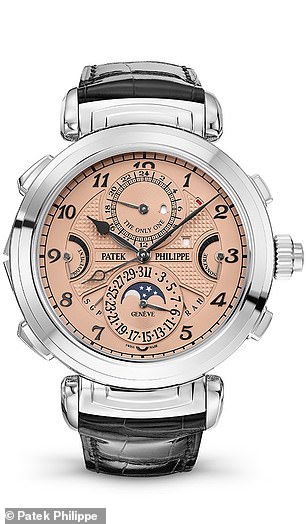 Sabine Kegel, the head of Christie's watch department in Geneva, told The Guardian it 'does nearly everything except making coffee.'

The watch is loaded with four spring barrels to create 20 complications - in watch making this is is any function that exists in addition to telling time - and has five chiming modes.

Two chimes are patented world firsts: an acoustic alarm which sounds at a preset time and a date repeater which can sound the date whenever the wearer wishes.

Kegel described high drama in the hotel as she manned the phone for a rival bidder, telling The Guardian 'there was such a great atmosphere in the room with standing ovations after each sale'.

All of the money raised from the sale of the world record watch is going to charity.

Fifty of the watches specially created for the Only Watch charity sale on Saturday, which included the record-breaker, raised £30.23million for research into Duchenne muscular dystrophy.

Also known as DMD, it is a rare genetic disorder which causes progressive muscle degeneration.

Prince Albert II of Monaco spoke after the auction, as did the Only Watch founder Luc Pettavino.

'Breaking records is obviously a source of pride and happiness. What a beautiful moment and emotion shared together!' Mr Pettavino said. 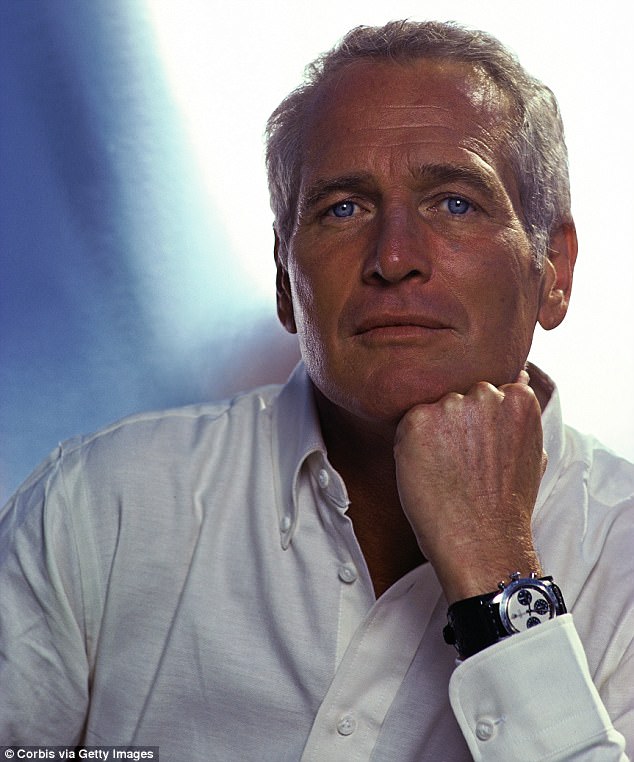 Paul Newman is seen wearing his iconic Rolex, a gift from his wife that he wore every day for more than 15 years

'What matters most today is the difference we are going to be able to make in research against muscular dystrophies and for hundreds of thousands of patients and families around the world for their lives to get better.'

Christie's hosted the event for free and did not charge a buyer's premium, according to The Guardian.

Other watches were donated by brands including Audemars Pigue, Hublot, Montblanc, F.P. Journe and Richard Mille.

By ROSS IBBETSON FOR MAILONLINE